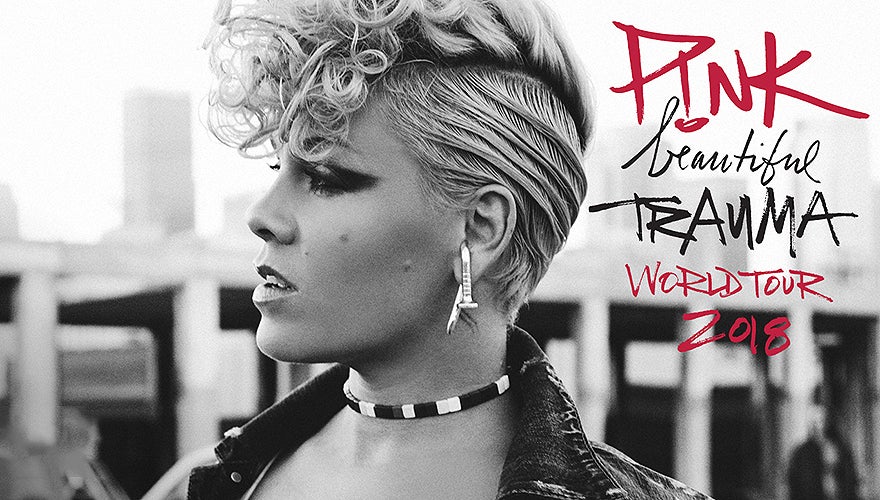 U.S. and Canadian residents who purchase tickets online between October 10th and October 20th will be able to redeem (1) physical copy of P!NK’s new album “Beautiful Trauma,” out Friday, Oct. 13th, 2017. All albums must be redeemed by October 20, 2017 at 11:59pm PST. Tickets will be on sale starting Friday, October 13 to the general public.

To ensure fans gain access to tickets, Fan Registration for the U.S. and Canadian tour dates will be available here through Ticketmaster’s Verified Fan program.

P!NK last hit the road on her The Truth About Love Tour which saw her play 142 sold out shows across 13 countries. The Los Angeles Times said, “Pink remains perhaps the most gifted and imaginative physical performer in pop right now,” while Rolling Stone claimed, “the singer had demonstrated an epic workout of vocals, stagecraft and stunt-work without missing a note,” and The Hollywood Reporter raved, “she still is one of pop's most powerful vocalists.”