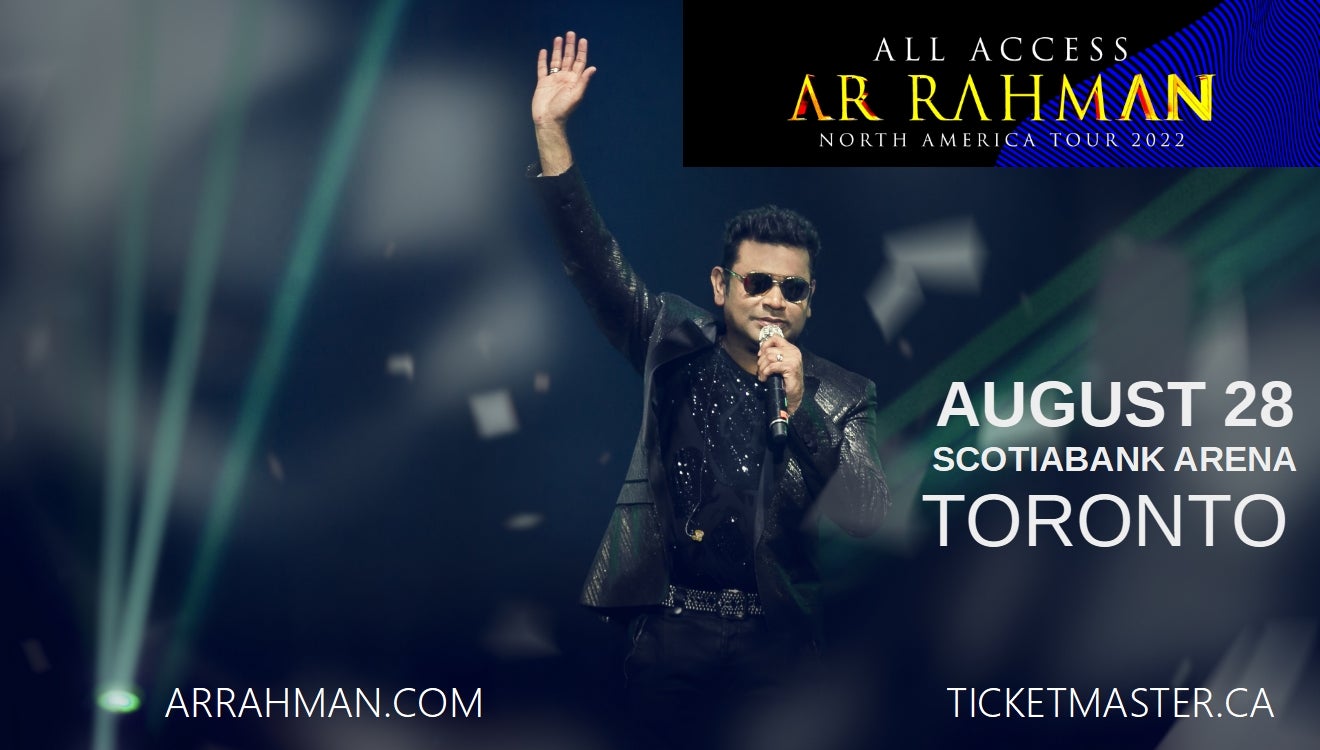 Described as the world's most prominent and prolific film composer by TIME Magazine, A.R. Rahman will stop at the Scotiabank Arena to play his greatest hits on Sunday, August 28. His works are notable for integrating Eastern classical music with electronic music sounds, world music genres and traditional orchestral arrangements.